This has been a very busy week for me, so there’s no new design this time round, but that means that it’s time to revisit an old piece! 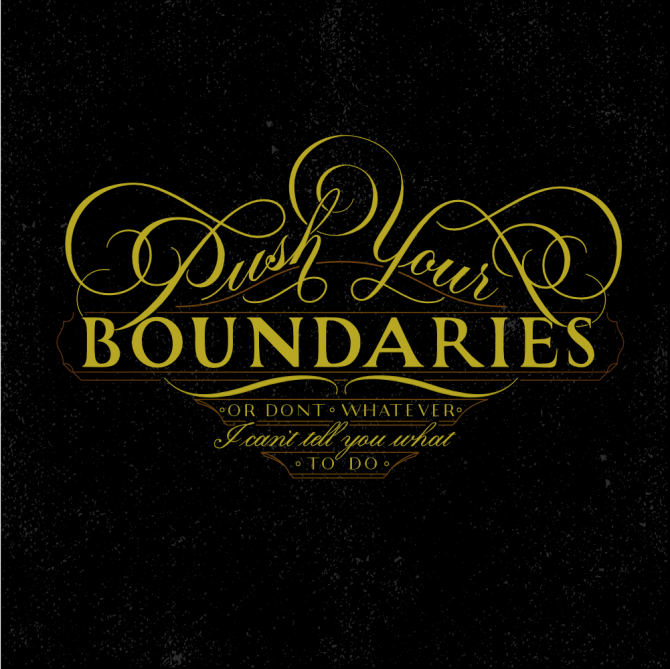 This is another piece that I would like to see made into a poster or something similar in the future when the situation calls for it. Along with this one, at some point, I hope to produce 2 or 3 pieces in a similarly sarcastic style, which will poke fun at the slightly over-used phrases that seem to crop up time and again in the lettering community (looking at you, “Hustle Hard.”)

This piece was also done to keep my vectorization muscle toned and sharp. When it comes to vectorization, the size of the text makes no difference, really. When making the original hand executed version of this piece, the larger letters took more time than the smaller letters, simply because there was more ink to put on the page. In a digital setting, however, it’s the other way round. The section that took the longest on this piece was the “I can’t tell you what” line of Copperplate, which on the original only took a matter of seconds, in fact, seeing as it was executed in actual calligraphy. That being said, there are a few tricks you can employ, especially when dealing with a script like Copperplate. The way it is constructed is so geometrically precise that many of the shapes can be recycled from one letter to the next, or even from one design to the next. In this case, once the basic oval, lead-in curve and lead-out curve were vectored, it was only a matter of applying them to the right situations and then adding in the rest of the bits and bobs that make the letters different from each other. To give you an indication of what that all means, take this example: the oval that makes up the O is the same as the first stroke of the A. The second stroke of the A is the same as the lower half of the T, and the first stroke of the Y is the same as the second stroke of the H. In this way, you can save some time and also assure consistency across the piece.

Once that’s finished, it’s simply a matter of splashing on some colour and some vector textures to give it more natural look, and it’s finished!