I learnt about an idea recently that the way in which a message is conveyed often tells us more than the actual content of the message. Certainly, there was a story a little while ago about a man who decided to hand write all his tweets and take photographs of them instead of typing them out. He didn’t change the things he was tweeting about, but he changed the way he was presenting the content. Needless to say, it attracted a lot of attention, and I heard about it through some of the lettering and writing channels I pay attention to. 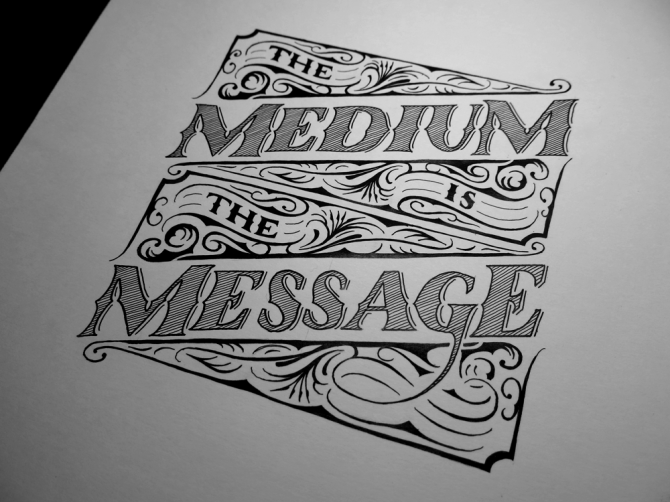 For me, much of what I do is about the medium rather than the message. I spend my hours and days crafting the letter forms and composition in ways that complement the message I have chosen, but the actual subject matter of the words comes under much less scrutiny throughout the process. The phrase “The Medium is the Message” could imply that the the two things are one and the same, and are inseparable from each other, but in this context I would say that it means that the medium is not just a delivery system for the content, but that is more significant than the content itself. Of course, if I only had the words to communicate, I could simply write them down and take a picture like the twitter user, so it would be true to say that it applies to what I do.