Inktober rages on! Or at least, slowly advances from my end. Mostly, it consists of lots of sitting in a chair quietly sketching. The raging part, that’s about what you see if you search for #Inktober on Twitter. Inktober is a challenge to artists to make one piece of artwork in ink each day of October. Amidst all the pictures of monsters and anime characters, every now and then, you might catch a glimpse of some typography and calligraphy. So that’s where I come in! Two weeks ago, I posted the first half of my drop cap alphabet (which goes up to M). Though Inktober isn’t finished yet, I’m done with the alphabet and have even started on a few numbers! Here’s the second half: 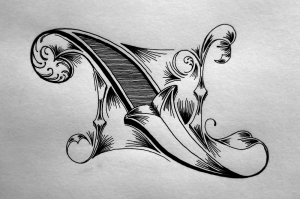 N: I had quite a bit of time to doodle this one, resulting in it being pretty ornate! It uses a kind of shading that is similar to hatching to give it a shiny feel, which worked out quite well. 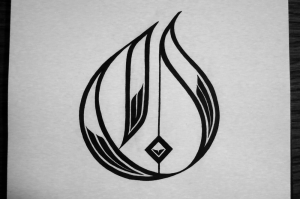 O: I spent a lot of time on this one just making sure I had the proportions of the Gothic-style O just how I wanted them. The ornamentation is quite simple, but it gives a bold effect, which is what I was aiming for. 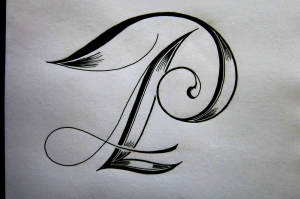 P: This one shares similar ornamentation to the N, but its form is inspired mostly by pointed pen calligraphy rather than Roman caps. 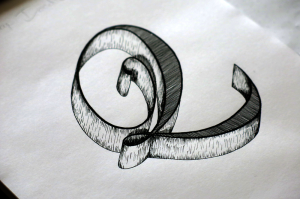 Q: The picture is taken from an angle on this one to complement the 3D effect. Lots of fun doing the shading all around the sides, but a headache to get the angles all correct on the 3D parts. 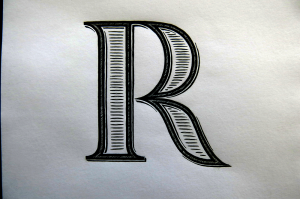 R: Straight up in terms of form. On this one, I was aiming for a simple shape so that I could fit in lots of details, like little drop shadows and hatching. 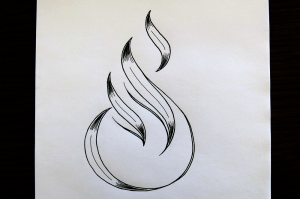 S: A little more abstract than others in the set. It’s inspired by calligraffiti and lettering styles I’ve seen in various places. It looks a little like a swan, but also a little like a flame. 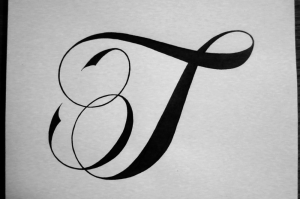 T: Keeping it simple in terms of ornamentation in order to focus on the shape and create a piece reflective of pointed pen calligraphy. 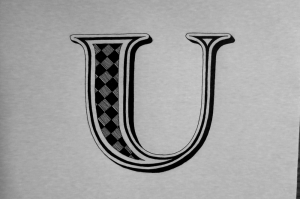 U: Similar to the R, and also the A, this combines elements of each, resulting in a bold and stylized piece. It felt incomplete until I added the outline and the drop shadow, which rounded it off well. 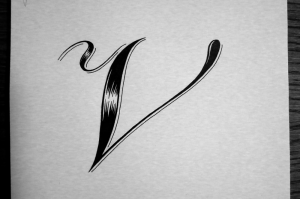 V: Using a kind of shading I did on a piece long ago which I haven’t come back to in a while. The effect is reminiscent of brush calligraphy and pointed pen work. 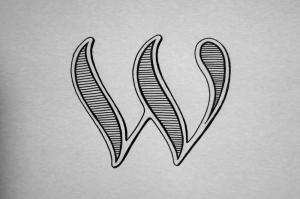 W: A bit of a speed run, so it’s done all with one large nib width, which made for a playful, friendly piece. 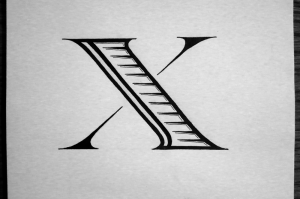 X: Aiming for something a bit nuanced compared to the W. A crisp, sharp form with some delicate ornamentation. 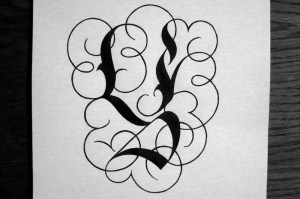 Y: A Gothic style with plentiful ornamentation in a style I haven’t used much in the past. Would be nice to go over some bits with gold ink if I ever got any. 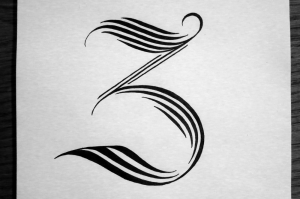 Z: Inspired by some old Cadels. It’s the last one in the alphabet, so I thought I would get fancy and try a new style. 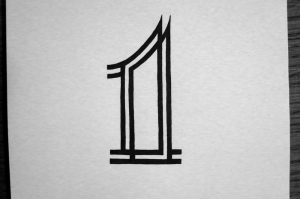 Bonus: 1. A Metropolis/Art Deco style no. 1 to continue Inktober. Drop caps out of the way, numbers will follow as a few bonus pieces. 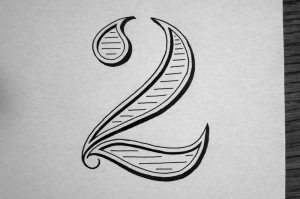 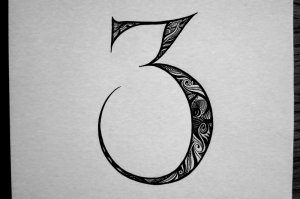 Bonus: 3. Lastly, today’s piece! A swirly detailed 3. Click the picture to take a closer look at all the details.